Located in Canada’s central city, the Department of Physics and Astronomy at the University of Manitoba is housed principally in the Allen Building, named after one of the six founding professors appointed by the Faculty of Science in 1904. The department, which celebrated its centenary in 2004, is a medium-sized research intensive one. Graduates from its various programs currently hold prestigious positions in institutions in North America and Europe. The expertise of its 24 full-time faculty members is recognized by the role they play in numerous committees of the International Union of Pure and Applied Physics (IUPAP) and the granting arm of NATO, and those of the Natural Sciences and Engineering Research Council (NSERC) and the Canadian Association of Physicists (CAP). At present they attract in excess of $2.5 million in annual funding from a variety of sources including NSERC, the Canadian Foundation for Innovation (CFI), both the US National Aeronautics and Space Administration (NASA) and the National Institutes of Health (NIH) and the Canadian Space Agency among others. These funds help underwrite the support offered to graduate students in numerous areas, both experimental and theoretical, ranging from studies in the subatomic and atomic regimes, through large biological molecules to macroscopic, highly correlated systems, and medical physics. More complete details appear elsewhere on this web site. The current demand for physicists by a variety of academic, industrial and governmental institutions is growing, so that the choice of job opportunities offered to students presently graduating is far broader and more rewarding than it has been for the past several decades. 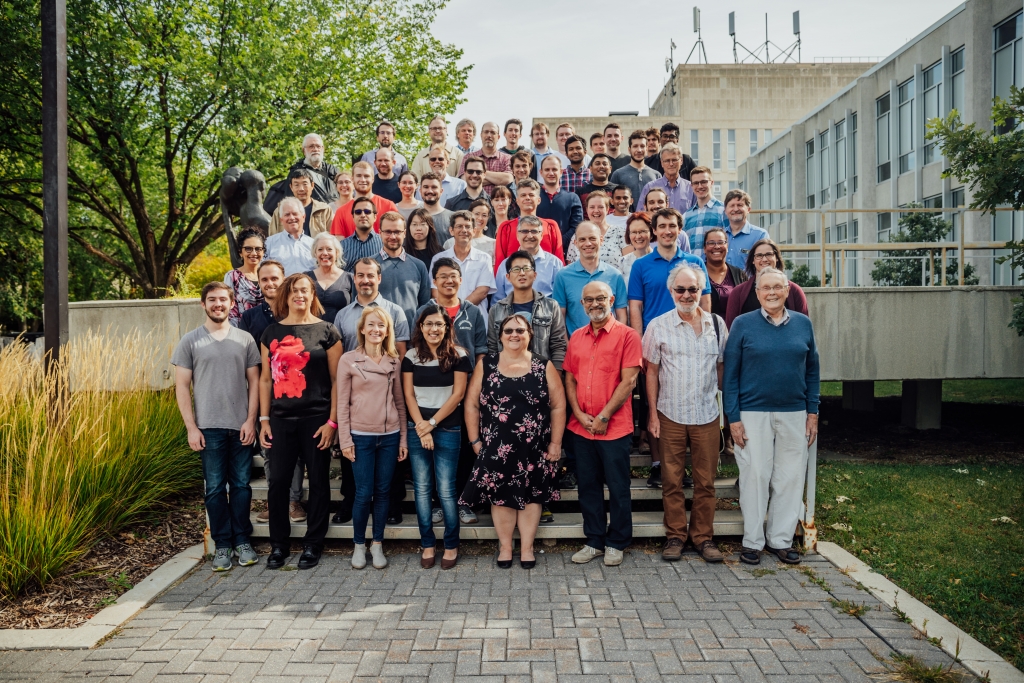