Home>news>understanding of the processes that deregulate cancer

Understanding the processes that deregulate cancer

For a researcher known for his no-nonsense approach, Professor Peter Pelka is surprisingly sentimental when asked what he feels his greatest achievement has been to date in his career as a microbiologist.

“The students that [my lab has] produced. I think I’ve had some good students come through and they’ve done very well for themselves and have been very strong. That’s the one thing that I’m most proud of:  the students I’ve produced that have gone on to do their own thing, and learned from me and built on that. Sandi [Radko, MSc ‘15] was my first student. She just started the PhD program in a very good lab at St. Jude’s in Memphis. Richard [Jung, Hons. BSc ‘15], who is a Vanier scholar, is doing a PhD in Ottawa; Andrea [Soriano, MSc ’18], MD/PhD here. So they’ve all done very well in the lab and I think that’s the one thing I’m most proud of.”

What’s not surprising is how long Pelka has been interested in science. He says he was always curious, with an intense interest in all things science. He laughingly relates his early determination to perform experiments:

“I stole money from my parents to buy a chemistry set when I was 8 years old. Almost blew up my dad’s shop. Many times. He had a car repair shop, so that’s where I’d go do my experiments. I was not a good kid. I was always a curious kid, and I was always interested in science and biology and microbes and all that stuff, so it was natural. I can certainly say that David Attenborough’s early documentaries inspired me a lot. I watched those as a kid and they blew my mind.”

Not having a family background in science (Pelka’s mother was a legal assistant, his father a mechanic), Pelka credits his elementary and high school teachers back in his home country of Poland with fostering his scientific curiosity. He considers himself fortunate to have had science teachers throughout his early education who recognized his interest in the subject and let him explore it in more detail.

Arriving in Canada in the early 90’s, Pelka started university at McMaster in Hamilton. After completing his Master’s, he decided to work for a while before going on to get his PhD. Since he’d always wanted to live in California, Pelka applied for a position at Canji, a small biotech company in San Diego. He spent two years working on the West coast before returning to his alma mater to begin his PhD. His work at Canji (which was eventually bought out by Schering-Plough) inspired his choice of research focus for his PhD, which was biochemistry; specifically, gene therapy. Gene therapy involves transplanting normal genes into cells in place of missing or defective ones in order to correct genetic disorders. This was a significant shift in direction for Pelka, who had done his Master’s on Drosophila (fruit fly) development.

After completing his PhD, Pelka turned his attention more fully towards the investigation of cellular processes in the lab of Dr. Joseph Mymryk, his post-doctoral advisor and a professor in the Department of Microbiology and Immunology at Western. From 2006 to 2010, Pelka worked for Mymryk, whose influence he credits for his decision to become an independent investigator, as well providing an example of “the best way to run a lab”.

In July of 2012, Pelka finally got the chance to head up his own lab in the UofM’s Department of Microbiology. He says he feels lucky to do what he always wanted to do, since many aren’t as fortunate. “Planet Pelka” is the site of his ongoing inquiry into the use of viruses to study cellular processes, particularly in relation to cancer.

“So we use viruses to dissect cellular pathways or mechanisms that regulate cell growth and cell division. These are the same mechanisms that get deregulated in cancer. The virus targets those mechanisms because it needs to replicate itself. But the cells it infects normally, like the cells lining the outside of the eye, or the airway or the gut, those cells are not suitable for the virus to replicate in, because they are no longer capable of division and self-renewal. Because the virus genome is made of DNA, it has to somehow change or reprogram these cells to make them suitable for DNA replication. Cancer cells, or cells that have lost the ability to control their division usually continuously replicate their DNA, so they’re suitable hosts for the virus. But the mechanisms that are deregulated in the cancer cells are essentially the same mechanisms as those that the virus targets when it infects those cells. It deregulates those cells in the same way that happens in cancer patients. So by using the virus we can learn about cancer and early events that drive cancer as well.”

When asked why he’s chosen to focus his research on cancer, Pelka confesses that although his own mother died from the disease, that wasn’t the deciding factor.

“The reason was that I think it’s a difficult problem. Cancer is a difficult disease to treat. It’s a growing burden on society, and in Canada it’s the number one killer, surpassing heart disease for those that die of illness. I think everybody knows somebody who has died of cancer or has relatives or friends. It’s a devastating disease. It’s a very complex disease, and by understanding the root causes of cancer we may be able to find better ways of treating it. So, it was something that I was always interested in. The use of viruses just came about because I was working for a company that uses viruses to treat cancer.”

Pelka has an intensity that seems well-suited to the study of this fearsome disease. His innate stubbornness serves him well in the seemingly endless pursuit of answers. He points out that researchers need to become accustomed to failure in the lab, as opposed to letting it get the better of them.

“Like I tell everybody:  science is built upon failure. It’s 90% or more failure, and you just have to get used to it and not get discouraged. That’s also the biggest thing:  people get discouraged because you do it, it fails, it fails. But then when it works, it’s really exciting and that’s the reward, right?

“It’s like that with grants and papers. Many times, you apply and you don’t get it. But experiments, ninety percent of the time it doesn’t work, the other five percent you try to figure out what it means and five percent you actually get what you expected. Or less.”

Pelka still manages to have fun in the lab, though. He’s currently working with PhD student Lee Crisostomo on a protein that appears to regulate the processes in cell growth and cell division. Ideally, Pelka would like to gain a better understanding of the processes that deregulate cancer.

“I would like to in the next five years fully understand how it regulates and what are the mechanisms, how it contributes to that. And I think overall that is doable, but it’s still not easy. It’s Lee’s project, so it’s a fun project. It’s been a challenging project, but it’s been fun. Always the challenging ones are the most fun ones. I think so. Easy ones, not so much.” 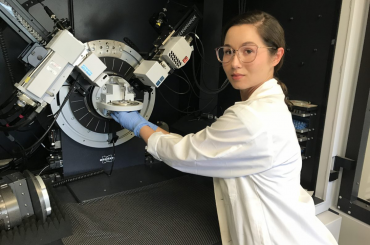 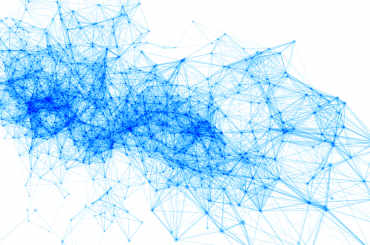