“A Golden Age for Statistics”: Honoured Alum Shirley Mills on the Profession She Loves

Dr. Mills is a recipient of the 2019 Faculty of Science Honoured Alumni Awards

The Iron Age. The Bronze Age. The Industrial Revolution. Throughout human history, there have been many distinct eras. Fortunately for Dr. Shirley Mills, this is the Data Age, when information is considered to have surpassed oil as the most valuable commodity on the planet. To say the least, it’s a fantastic time to be a statistician, as Mills explains:

“Statistics has been the key to unlocking the information in the data to help us understand our world and to make informed policy. This is a golden age for statistics – we are flooded with data (much of it in new forms we have never seen before), there are so many new avenues for statistical research, and we have immense computing power that allows us to automate analytical tasks and unlock the secrets hidden in the data. And the power we have in our laptops allows us to work nearly anywhere.”

Mills originally planned on being a Kindergarten teacher. No one in her family had attended university, so although she was the top student in her high school, she was unaware of any college or university opportunities. While her high school guidance counsellor suggested she pursue a degree in psychology, Mills’ aptitude tests at the time indicated she was suited to be an educational administrator, a professor, or a spy (!).

She credits her high school math teacher, Dr. Norman Isler, for encouraging her to study statistics. Isler later instructed her in the Faculty of Education at U of M.

“[He] opened my eyes to the possibilities in the field of statistics. He said there was more to life than mathematics and encouraged my wide-ranging interests. In that era, it was special to find someone who encouraged a woman to study mathematics.”

Upon receiving some university scholarships, Mills was able to try for a post-secondary education, opting in her second year at the U of M to take a degree in Honours Mathematics. An elective course in Statistics that same year was the start of a lifelong love affair with the subject.  Mills still remembers that time as being particularly positive:

“The Statistics Department at the UofM provided me with a tremendously strong background in statistical theory and methods as well as a supportive and friendly environment to study and research.  It was a collegial atmosphere where each person’s individuality was respected and nurtured. As students, we spent long hours in the computing lab, with Munroe calculators jamming as we tried to invert large matrices in order to do statistical analysis. And then there were the hour+ bus rides home in the dark of night, only to be repeated the next morning. (And I have to also say I met my husband in one of my Statistics classes during my Master’s studies – that was pretty special.)”

Memories of two other U of M educators also hold a special place in Mills’ heart. The first was Dr. J.N.K. Rao, who taught her Statistics and is a colleague at Carleton. A world-renowned survey statistician, Rao is still actively engaged in research despite being retired. Rao’s declaration years ago that data mining was merely a passing fad inspired Mills to prove him wrong.

The other UofM educator whom Mills counts as an inspiration is Dr. Allan Donner, who taught her Statistical Experimental Design and Analysis. According to Mills, Donner (a professor of biostatistics at Western University) demonstrated “…the beauty of the application of mathematics to the world of statistics. He showed me the power of statistics to unveil the complexities hidden in data.”

Mills went on to obtain her Bachelor’s degree (BSc. Hons ’69), closely followed by her Masters’ (MSc. ’70). Armed with her secondary teaching certificate (Cert.Ed. ’71), she began lecturing at the Universities of Winnipeg and Alberta. In 1983, Mills obtained her PhD in Statistics and Applied Probability from the U of A, and with it gained a position as an assistant professor of mathematics and statistics at Carleton University, teaching applied statistics with computers.

From 1987, when she founded Carleton’s Statistical Consulting Centre, to 1994 when she left as its director, Mills collaborated with industry, government and fellow academics from many disciplines. Her research ran the gamut from software control for nuclear power plants to fraud detection, alcohol and drug studies to computer hardware design, software reliability and cybersecurity. She worked to develop new statistical methodologies for discovering real time detection of fraud and cyber-attacks and to detect unknown elements within terrorist networks.

Mills’ accomplishments within the world of statistics are extensive, to say the least. She co-founded the Statistical Association of Manitoba (SAM). She developed the first graduate course in Data Mining in Canada; a course which since its inception twenty years ago has become the largest enrollment graduate course  in mathematics and statistics at Carleton, with wait lists as well. Mills spent a sabbatical working as the Director of Mathematics Research for the Canadian government. She currently serves as the Executive Director of the Statistical Society of Canada, from which she received the Distinguished Service Award in 2015.

Currently, she is co-leader of a lab on anomaly detection, prediction, and modelling (ADPM) as part of the Centre for Quantitative Analysis and Modelling (CQAM) of the Fields Institute-Government of Ontario.

“This research involves developing techniques to detect “unusual” events/cases/persons. Examples of the application of this work include the detection of phishing emails, early detection of various forms of cancer, spotting fraudulent monetary transactions, identifying unusual activity in a communication network, detection of a network intrusion attempt based on characteristics of network traffic, prediction of anomalous events such as predicting the likelihood of a shipment containing contraband or the chance of an accident occurring on a rail line.”

Mills also devotes her time to analysis of massive data from sports such as hockey, basketball, soccer and baseball. She looks for significant patterns or relationships that could be implemented to improve individual or team performance, or to evaluate a player’s worth when it comes to drafts, trades, contracts or to provide information on training aspects for teams or individuals. Mills also endeavours to predict injury-prone situations as well as help prevent them, and to evaluate fan engagement levels and support marketing of teams. She is co-organizer of an annual international conference on hockey analytics as well as leading an initiative at Carleton for a Centre of Excellence in Sports Statistics.

A highlight in her demanding schedule is working with her students. Unsurprisingly, she has received teaching awards from every university she’s worked at..Mills is also the Faculty of Science Graduate Co-Op advisor at Carleton. In her lab, her students and she have researched the links between air pollution and various forms of cancer, analyzed crime patterns and communication networks and conducted studies on work-family stress as well as on alcohol and drugs.

“Every day brings something new. Applied statistics work is like solving a massive puzzle. It can be tremendously challenging but also overwhelmingly exhilarating when the puzzle gets solved. And I very much enjoy sharing my passion with my students.”

The event includes a Careers in Science Panel Discussion and Q&A where our distinguished guests will share their experiences and offer advice to students about selecting areas of study, navigating career paths, and using their degrees in sometimes unconventional ways. 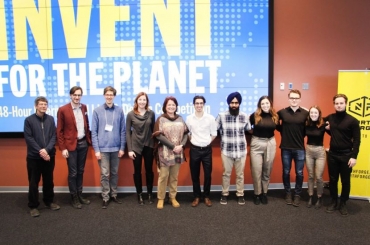 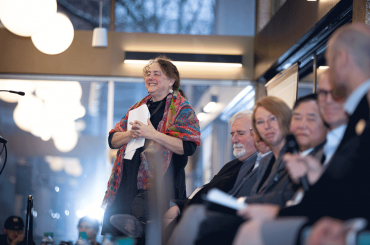