The ability to adapt to new situations is usually seen as positive. However, when it comes to human fungal pathogens, Professor Aleeza Gerstein knows that adaptation can be a recipe for disaster. As more and more harmful microbes evolve to become resistant to antimicrobials, the challenge of understanding how to stay ahead of them is even more crucial to a healthcare system which is running out of options.

“The idea is that when humans or crops or animals get infected with a pathogen, we treat the person, the crops, the animal with a drug, so that they can clear the infection and go on being healthy. But the pathogens can adapt really quickly to those drugs to become resistant. What I study is: ‘how many different ways are there for pathogens to become resistant to drugs?’

“I look at that at the genetic level, so I do a lot of whole genome sequencing where we compare the whole genome of a resistant organism to its susceptible, and can say this is the exact mutation and the exact gene or region of the genome that’s provided resistance. I also look at what we call the phenotypic effects of those mutations. How resistant does it make the organism? Does it affect its ability to grow any in other environments? If a pathogen gains resistance to one drug, has it also acquired resistance to other drugs? We also look at the interactions among mutations and how single mutations affects the ability to grow in a diverse range of environments with and without the presence of the drug.”

One of the latest additions to the UofM’s Departments of Microbiology and Statistics, Gerstein admits her interests have evolved when it comes to her chosen areas of research. While her undergraduate degree at the University of Western Ontario was primarily in ecology, Gerstein has always been interested in the mechanisms of evolution at the genetic level. As a child, she wondered why certain plants and trees grew in one area rather than another; why a particular environment let things grow where they did.

“Then I went to UBC for grad school. They have a really great evolutionary genetics graduate program there. I sort of stumbled into microbiology. I had done a little bit of bird fieldwork, and a little bit of desert ecology fieldwork in undergrad, and I knew that I didn’t want to keep doing that. I like really controlled, really fast experiments where I can manipulate everything and microbes are the perfect way to do that. I evolve them in the lab. They undergo, in rich medium, seven generations a day of evolution in a test tube. To get seven generations of a bird takes a really long time. I started out using microbes as sort of a model for evolution, and then as you mature and get older, I wanted more and more application to human health or agricultural health, and moved more towards drug resistance.”

Unsurprisingly, science has been a family affair for Gerstein for as long as she can remember. Both her father and brother have degrees in microbiology from the University of Manitoba. Her mother is a nurse. The young Gerstein’s broad range of interests included English, mathematics and visiting the zoo.

“That would be the one major thing that my parents told me. I wasn’t like one of those kids that was always sort of doing the one thing that they were going to do. I was always interested in lots and lots of different things. I might be the only kid ever whose parents encouraged them to think outside the ‘going to med school’ box.”

With her BSc in hand, Gerstein went to the University of British Columbia for her MSc, working under the supervision of theoretical biologist Dr. Sally Otto, an experience she found particularly inspiring. So inspiring, in fact, that Gerstein’s plan to go elsewhere for a PhD (she’d applied for a Commonwealth fellowship in Scotland) were ultimately sidetracked.

“I was one email away from doing my PhD in Edinburgh. Then I saw my Master’s advisor at a conference and was like ‘Can I come back to UBC and do a PhD?’ And she was like ‘Of course, of course, of course!’ So, then I went back and did a PhD in the same lab. She’s amazing.”

Gerstein’s admiration for her mentor is obvious. A MacArthur Fellow and certified genius, Otto specializes in mathematical models that study the fundamentals of evolutionary biology. While Gerstein focused on microbiology in the lab, Otto also advised students working on trees in the field and plants in greenhouses.

“I think that part of [Otto’s] strength is that she has an unbelievably solid grasp of theoretical biology, so that when she has these students who are doing more empirical things, she understands all the underpinnings of it. She teaches students from the mathematical underpinnings of the systems all the way up to ‘what are we actually observing?’ ‘How does that deviate from our expectations?’ She’s brilliant. And the nicest person. Anything I do wrong I’ll take on myself, but anything I do well I attribute to watching her and how she mentors’ people.”

It’s an education that should serve Gerstein well as she begins the process of setting up her own lab on the fourth floor of the Buller Building. As she recruits the graduate students who will make up her lab, Gerstein knows that she’ll have to walk a fine line between allowing them to follow their own interests and utilizing them to answer her own questions.

“I was really lucky and had a ton of freedom as a grad student and as a post-doc. I was self-funded pretty much the whole way through. I’ve always been able to dictate my own path through science, so I don’t want to be someone who just gives students projects and expects them to do the things that I’m interested in. So, I’m figuring what the balance is. I’m sure my advisors gently and carefully guided me towards specific areas that they were most interested in. But it felt like I had control and I’m sure that I worked harder because I felt that I had autonomy and that I was doing things for my own benefit. I was invested in it. I also got to figure out what I was really interested in doing. I was doing something that was certainly still related to my PhD advisors’ interest, but I also sort of split off and was able to forge a new way. That’s what I want for my students as well.”

In the midst of setting up a brand-new lab, finding graduate students and learning the minutiae of the administrative functions that are part and parcel of a faculty position, Gerstein wants to ensure that her research doesn’t get lost in the shuffle. As such, communicating her findings to others is a priority. It seems that Gerstein’s talent for public speaking will prove invaluable once again.

“I feel like we all spend all day at our computers and our bench. We’re doing all this research. If we don’t communicate it, what’s the point? It’s partially writing papers, but not that many people are going to read my papers. So being able to give talks at meetings gives you a chance to reach a broader audience, as does participating in discussions online. It sounds kind of silly, but so many things are happening on “science twitter” these days that it feels really important and helpful to be part of the conversation. I’ve been invited to other schools to give departmental seminars and included in collaborative projects because of it.” 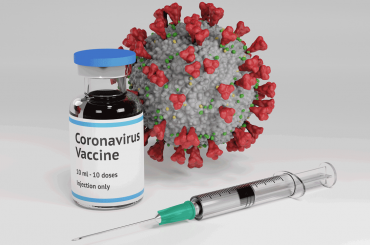