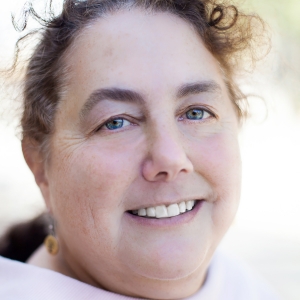 Stefi Baum
Dean (Faculty of Science)/Professor
Dr. Stefi Baum joined the University of Manitoba as the Dean of the Faculty of Science and Professor of Physics and Astronomy on October 1, 2014. She came to the University of Manitoba following ten years at the Rochester Institute of Technology (RIT) where she served as Professor and Director of the Chester F. Carlson Center for Imaging Science. The Carlson Center for Imaging Science is a highly interdisciplinary University Research and Education Center, dedicated to pushing the frontiers of imaging in all its forms and uses, with research programs in remote sensing, environmental monitoring, emergency response, sensor and detector development, vision and perception, astronomy, biomedical imaging, cultural heritage imaging, computational photography, display systems, and color science.Dr. Baum joined RIT after serving just under two years as an American Institute of Physics Science Diplomacy Fellow at the U.S. Department of State where she worked to promote agricultural science and food security in developed and developing countries. Before that she spent 13 years at the Space Telescope Science Institute (STScI) located on the Homewood Campus of Johns Hopkins University in Baltimore. STScI is the science operations center for the Hubble Space Telescope and the next generation space telescope, the James Webb Space Telescope (JWST). While at STScI, Dr. Baum was most recently the Head of the Engineering and Software Services Division where she led up to 140 scientists, engineers, and computer scientists responsible for the development and maintenance work for the science ground systems of HST and JWST. Earlier, she led the science operations center’s development and deployment of a major astronomical instrument, the Space Telescope Imaging Spectrograph. Prior to that, she served as systems scientist on the development of the Hubble Space Telescope archive, the first fully functional pipeline and on-line archive for astronomical data.

Dr. Baum earned a BA in physics with honors from Harvard University and a PhD in astronomy from the University of Maryland. Her personal research focuses in two areas: (i) the study of activity in galaxies and its relation to galaxy evolution and (ii) the development of image processing, statistical algorithms, and calibration techniques for brain imaging for the diagnosis of mental health and learning disabilities. Dr. Baum is active in the development of new mission concepts and has published more than 200 papers in refereed journals.  Dr. Baum is also active in education and public outreach and K-12 STEM Education and is committed to the engagement of youth and the public in science and mathematics.  Dr. Baum and her husband, Dr. Chris O’Dea, have four adult children dispersed throughout the United States. They live with their two dogs and three cats in St. Norbert, Winnipeg.  Dr. Baum is an avid gardener, hiker, cook and reader. 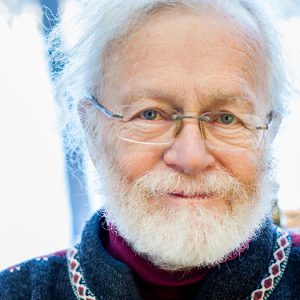 Peter Loewen
(Tier 1) Canada Research Chair in Protein Chemistry/Professor/Associate Dean (Administration)
Although his title is Professor and Associate Dean (Administration), Peter Loewen sees himself more as the Associate Dean (Odd Jobs). He serves the Faculty and the Dean and will take on any task except those involving rubber chickens and public verbosity. As the faculty member with the fourth longest tenure in the Faculty of Science, Peter isn’t simply a link to the past for his colleagues. He is the past!

Peter found his way into science by default. He simply kept attending the University of Alberta until he had earned his PhD in Organic Chemistry and woke up to the fact he was a scientist. Although he doesn’t spend much time focused on his own science anymore, he still enjoys the nuts and bolts of the academic environment, from its wiring to its budgeting. 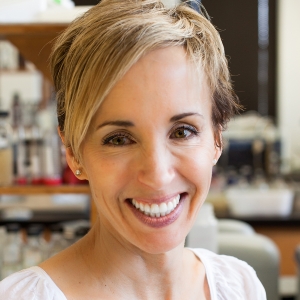 Teresa de Kievit
Associate Dean (Graduate Studies)/Professor
In her role as Associate Dean (Graduate Affairs), Teri De Kievit ensures grad students leave the Faculty of Science with everything they need for success. She expands their world with opportunities for interdisciplinary engagement as well as professional development workshops on topics such as scientific communication, entrepreneurship and intellectual property.  Teri loves the chance to connect with a wide range of talented people in a way that has a great impact on their lives.

Teri’s PhD in Microbiology comes from the University of Guelph. Since she was a student she has used flow activities to energize her scientific creativity. When she’s weightlifting or even showering her right brain takes charge, letting her lose track of time and unleash breakthrough ideas. 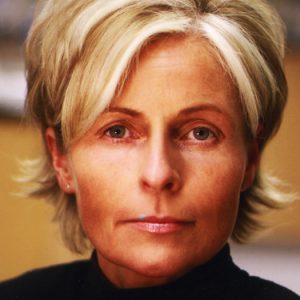 Krystyna Koczanski
Associate Dean (Undergraduate Studies, Student Experience)/Professor
After winning third place in a national philosophy competition, Associate Dean (Student Experience) Krystyna Koczanski seemed destined to become an expert on the finer points of metaphysics or Derridean deconstruction. But the trials and tribulations of emigration from Poland to Canada put her on a different path. The prohibitive linguistic barrier in philosophy – understanding Husserl in your native language is hard enough, it’s near impossible in your second – wasn’t present in the sciences. This circumstance provided Krystyna with the opportunity to take the logical rigor she had acquired through philosophical study and use it in a field where study yielded tangible knowledge – the applied sciences. Ultimately, she completed a graduate degree at the University of Manitoba, mastering elements of analytical, environmental and synthetic chemistry. Even though she’s not the philosopher she one day thought she might be, Krystyna still finds time to revisit her old subject matter – she recently read The Open Society and its Enemies by Karl Popper.

The wildly twisting path that Krystyna’s conception of her future followed through the years, in turn, provides valuable context for much of her current work: guiding students in the Faculty of Science. People’s goals, circumstances, and opportunities change over time, so, she believes students shouldn’t limit their pursuits to a preconceived notion of what success looks like. When Krystyna meets with students, she encourages them to share their dreams, successes, and challenges and uses this to help them find an appropriate path forward. In practice, such aid includes adjusting curriculum, advising students on class selection, handling accommodations for students with accessibly issues, and connecting students with health or crisis prevention services. She loves doing all those things because she understands how helpful it would have been to have someone like that assisting her all those years ago when her circumstances changed, and she had to work towards doing something different and new. 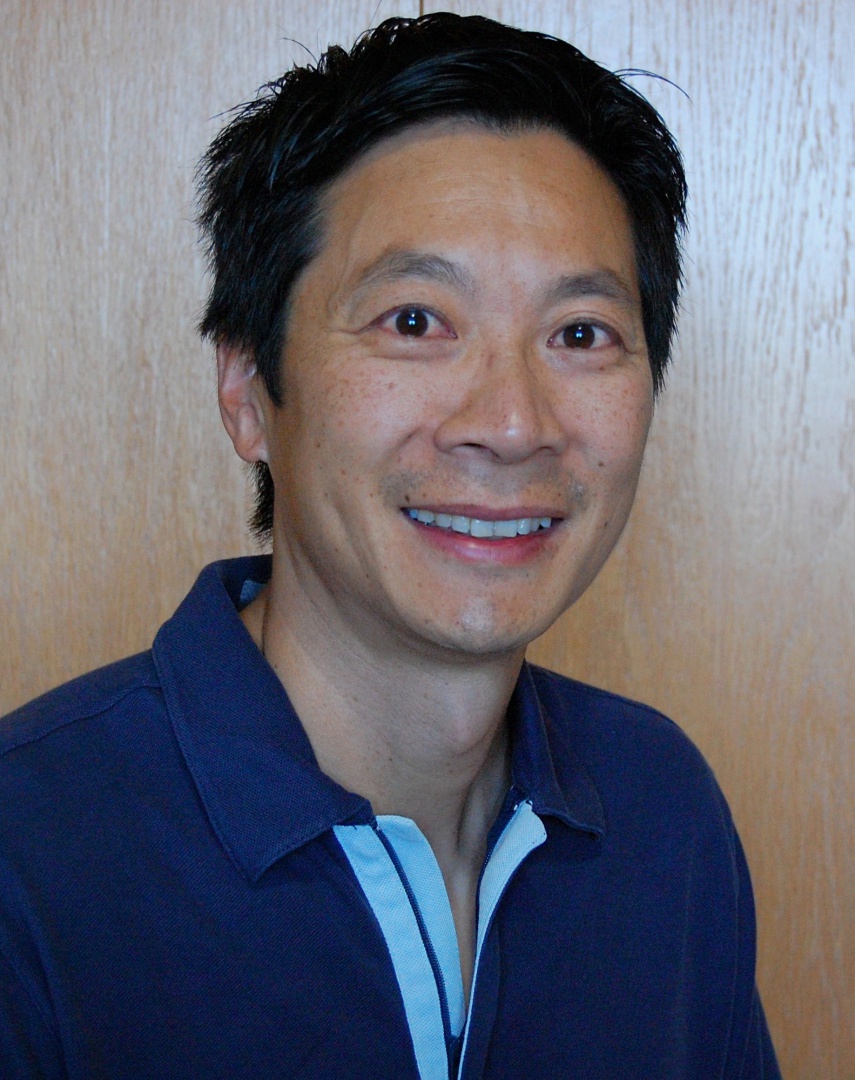 Ben Li
Associate Dean (Undergraduate Programs)
Associate Dean (Undergraduate Programs) Ben Pak Ching Li has been present at the University of Manitoba since 1989. He earned his B.C. Sc in Computer Science and Pure Mathematics in 1994, his M.Sc in Mathematics in 1996 and his Ph.D. in Computer Science in 1999.  In addition to his work as an Associate Professor in Computer Science, Ben now focuses his attention on continually improving undergraduate programs. His work helps the Faculty of Science create   opportunities to launch students into their desired science career.  Ben enjoys interacting with various parts of the university on behalf of Faculty of Science departments as well as seeing how his work creates change for the better. 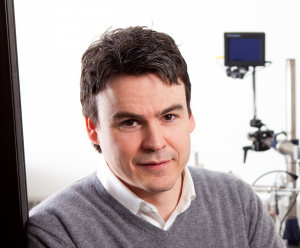 When Brian took Introductory Biology in his 1st year at the University of Winnipeg, he found his niche in the biosciences. Not only did his professor, Kent Simmons, make the subject fascinating, he revealed a wide array of intriguing unanswered questions. Brian pursued those answers as a Masters student studying Biochemistry and Medical Genetics at the University of Manitoba, earning his PhD in Biochemistry at the University of Alberta, working as a Post Doc at Los Alamos National Lab and joining the UM Faculty of Science in 2005.