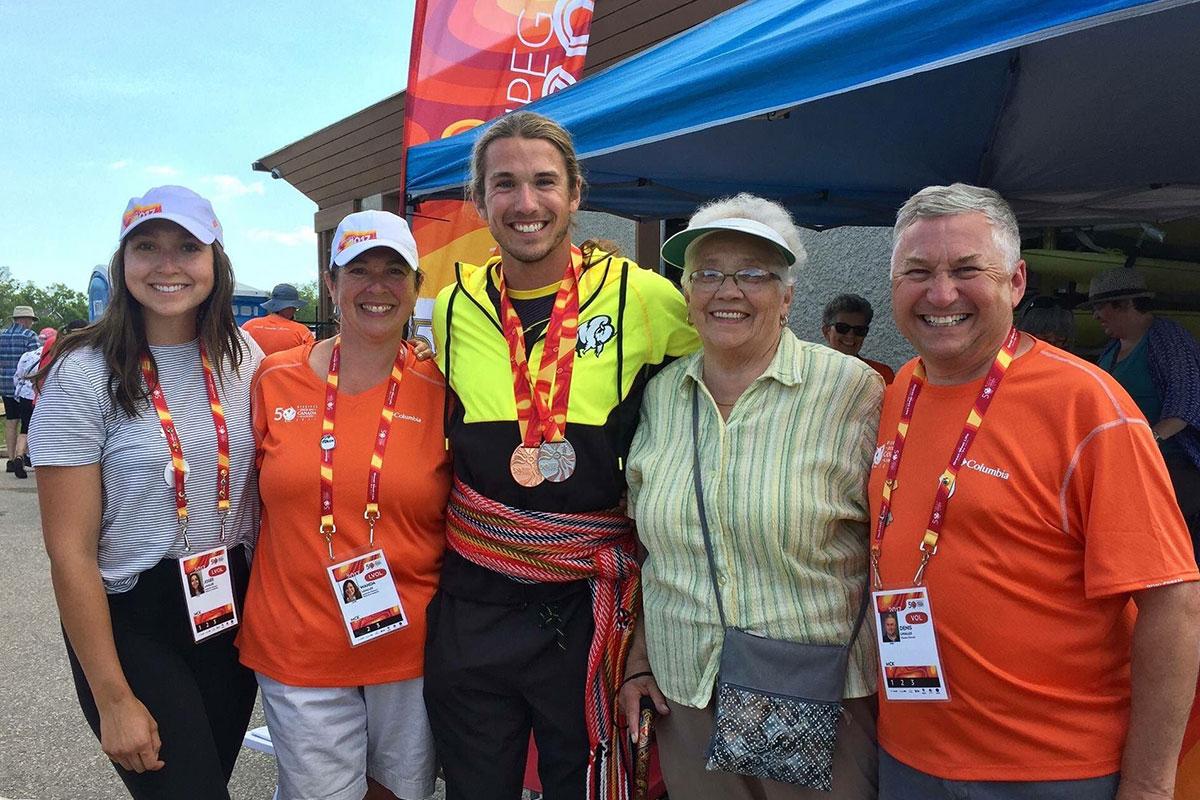 Since summer 2017, kayaking superstar – and current University of Manitoba student – James Lavallée has shown no signs of slowing down. The 21-year-old Métis science student won three medals for Team Manitoba at the 2017 Canada Summer Games, was named one of CBC Manitoba’s Future 40 finalists and received the Tom Longboat Award as the top male Indigenous athlete in Canada.

Most recently, Lavallée was named a 2019 Indspire Award recipient. Indspire supports and celebrates Indigenous education and achievement, highlighting Indigenous leaders in Canada. Lavallée, along with 11 other First Nations, Inuit and Métis individuals, will receive his award at a nationally broadcast ceremony in February.

UM Today sat down with Lavallée to discuss his latest accomplishment and what the future holds in store for him.

UM Today: First of all, congratulations on your achievement. How does it feel to be named an Indspire youth award winner?

LAVALLÉE: It’s pretty crazy. I didn’t know I was nominated so it was kind of surprising – and very humbling, because the accomplishments of some of the other recipients are just unbelievable. It’s pretty cool that someone could think I was [within] those ranks.

How do you hope this award inspires other Indigenous youth across Canada?

I hope to start Indigenous paddling programs. I’m hoping this is going to be a really good platform to get out and promote the kind of things that I’m hoping to get going in the future. And what would the paddling program entail?

[The program would be targeted to] Indigenous people in general, but with a big focus on youth. The exact details are not [finalized], but I’m hoping to bring people back onto the river and using the river – bringing back that tradition of being on the water and connecting with the land in that way, which is something that can be done even within the city. [We are] trying to fuse culture and language to create culturally appropriate programming for all different nations, in and out of Winnipeg.

In the past, you’ve mentioned paying homage to your Métis heritage on the podium. How have you integrated your culture into your sport?

Growing up, as a kid, being Métis wasn’t something that was super talked about. When I started paddling, I realized it was a really freeing experience. I started paddling because I was looking for a distraction from school – I have ADHD and dyslexia, so school was very challenging, especially as a kid. [Paddling] was kind of transformative. I didn’t realize until later that I was really just getting back to what my ancestors had done.

At the Canada Summer Games [in Winnipeg], I wore my sash on the podium and thought that was really important, because we’re on the homeland of the Métis Nation and in Treaty One Territory. I wanted to represent that it’s not just the city that is here – it is the birthplace of the Métis Nation and an important [place] for First Nations as well. I thought, ‘Bringing that out is important to me, but also important for everyone else to understand.’

What have been some of the proudest moments in your career so far?

I was super excited to have made the Junior World Team as a 17- and 18-year-old. The Canada Games were awesome – not every athlete gets to compete in their home city, let alone province, and win medals too. The Tom Longboat Award is another [accomplishment] I am excited about.

To not miss any opportunity. During my first few terms here, I think I went to every Fireside Chat…Everything that was happening here, I tried to attend to meet people and listen to stories. It was really interesting.

It is super cool because there are Indigenous people from all over here [at U of M] – it’s really a true essence of Winnipeg; we have so many Indigenous people from so many different places. We come to school and everyone is able to connect, share parts of our history and bond in the similarities and differences.

What is your favourite U of M memory so far, and how has the U of M helped shape your success as a student and as an athlete?

One of my most impactful [memories] has been the Zongiigabowen men’s group…and the creation of the Bison Local, which is a Manitoba Metis Federation local on campus. I also want to throw in Fireside Chats.

I feel like I can come to Migizii Agamik and it’s a really nice environment to study and it seems like everyone is supportive here – it’s nice to have a place that kind of feels like home. I also train at the Active Living Centre in a high-performance gym with the Canadian Sport Centre Manitoba, which is also on campus. That really helps with the student athlete part – I can do my weights and everything during the day, on my breaks, and that allows me to study and train more.

What does the future hold in store for you?

Hopefully a degree of some kind…it’s going to be some sort of science degree.

Also, the Indigenous paddling program and hopefully more international competitions and world championships – the Olympics are the highest goal, of course. [I would love] more opportunities to represent Canada – and Indigenous and Métis people – internationally.

Is there anything else you would like to add?

Throughout all of my life, in sport and education, there has been a huge support team – my parents, too, and the people who work in Migizii Agamik – and I can’t thank them enough for what they’ve done for me. It’s been amazing.

A student’s perspective – tips & tricks for adapting to remote learning
May 26, 2020

No Mercy for the Coronas! new children’s magazine now available
May 22, 2020