Margaret Docker used to being an outlier. Since she started studying lampreys at the University of Guelph in the mid 1980’s, colleagues told her that the eel-like creatures were too narrow a “niche” to form the basis for a successful career as a researcher. Instead of changing her topic, though, Docker decided to dig in and get to work.

“I’ve been working on lampreys for over 30 years now. For at least the first 15 years of that, people kept telling me: ‘You can’t make a career out of lampreys, Margaret. They’re such a fringe group of fishes.’

“I was just kind of stubborn, and within the past ten or fifteen years, all of a sudden it seems they’ve become the ‘it’ fish. Everybody now is interested in lampreys; from a conservation point of view, from an evolutionary point of view. I have indeed made a career out of lampreys.”

With that kind of backstory, it’s no wonder that Docker is particularly thrilled at the news she was made the Faculty of Science’s Chair of Life Sciences. With a prize of $20,000 per year for three years, the award will go towards her research. She deems it an honour to be recognized this way.

Docker’s current research involves developing and applying environmental DNA techniques for monitoring aquatic invasive species and species at risk. This would allow the detection of a species’ presence based on the DNA it leaves behind in the water.

In fact, a major binational control effort is currently underway to control sea lampreys in the Great Lakes. Docker’s research helps to inform joint Canadian/American initiatives which cost millions of dollars every year.

“However, it’s only in the Great Lakes that lampreys are a pest. Everywhere else that they’re found, they’re just a natural part of the fauna. They aren’t a pest. In fact, there are a number of lamprey species that are actively conserved and managed.”

She also studies the evolution of alternate life history types in lampreys, primarily of closely-related species that are indistinguishable as larvae but, following metamorphosis, adopt dramatically different feeding and migratory habits. She is also interested in the genetic basis of sex determination and sex differentiation in lampreys, which are still not well understood.

Lampreys are found throughout the world, except the tropics, so Docker’s research covers a lot of territory. In Manitoba, she studies native lampreys, including the silver, northern brook and chestnut lampreys, all of which are poorly known in terms of location, habitat requirements and human threats. In addition to the Great Lakes, Docker studies lampreys on the west coast of North America, working with local researchers on native lampreys in Oregon and California. Docker also collaborates on lamprey conservation efforts with a researcher in New Zealand, where one of her students traveled in 2018 to assist with the setup of an environmental DNA monitoring program for the highly valued pouched lamprey.

Growing up just outside Ottawa, Docker believes that it was the influence of her avid fisherman father that inspired her to study fish biology. As an undergrad at the University of Guelph, she studied marine biology with visions of scuba diving through coral reefs, encountering colourful tropical fishes like famed oceanographer Jacques Cousteau. However, her research evolved to focus on the evolution, systematics, and conservation genetics of freshwater fishes, particularly lampreys.

Docker is obviously fascinated by her subjects. Instead of hinged jaws, they have suction cup mouths, which are used to latch onto fish. Using two sets of teeth (one is found on their tongues), lampreys rasp a hole into the side of their prey, then suck the blood out. As a result, they’ve earned the nickname “vampires of the deep”. Over their 500-million-year existence, they’ve survived four mass extinctions, outliving dinosaurs and remaining almost unchanged for the past 400 million years. “They’re just really interesting from an evolutionary point of view.”

In addition to her roles as advocate and researcher, Docker has authored and edited two books on lampreys, one that came out in 2015, and the second volume, which came out just last month. She’s especially grateful to Beamish for co-authoring a chapter in it, as it focuses in part on her work as a PhD student under his supervision and includes two of her own graduate students as authors.

“There have been so many people who have been influential in my career, but I certainly never sought to work on lampreys. I don’t even know at what point I learned about them. It was certainly [Professor Beamish’s] early influence.”

Docker smiles and says:  “He sort of got me hooked…You could say I’ve become very attached.” 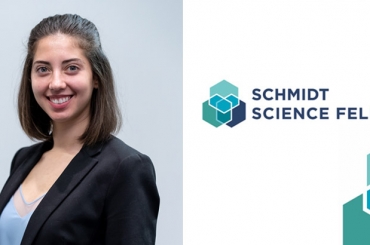